Background: Poor dietary pattern and increased consumption of processed foods, use of alcohol and physical inactivity are the leading cause of increased prevalence of non-communicable diseases (NCDs) in Nigeria, affecting people of all age group.

Method: Survey research design was adopted for the study. A total of four hundred and seventy five thousand, six hundred and forty three (475,643) make up the population. Multistage sampling technique was used in selecting a sample size of two hundred and fifty (250) respondents in the local government area (LGA). Structured questionnaire was used for data collection and cronbach alpha method was used to establish the reliability of the instrument, a coefficient of 0.81 was obtained. The questionnaire was administered and collected; Four (4) research questions guided the study. Data collected was statistically analyzed using descriptive statistics such as frequencies, percentages, mean, and standard deviation. The null hypotheses was tested using Pearson Product Moment Correlation Statistics at 0.05 level of significance at which null hypotheses was either accepted or rejected. In determination of the level of nutrition knowledge and food consumption pattern, scores of 50% and above was regarded as positive knowledge while daily consumption of food from the five food groupings was regarded as having good dietary pattern.

Result: Findings showed that respondent sources of information was the radio/television, respondent also had good nutrition knowledge. It was also revealed that hypertension and obesity was the most prevalent non communicable diseases among the people, and dietary pattern significantly influenced NCDs among the people.

Conclusion: Dietary pattern significantly influence prevalence of NCDs among the respondents despite the good level of nutritional knowledge of the respondents. 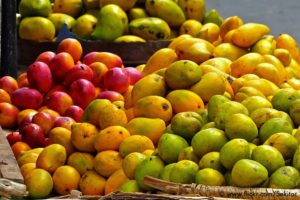 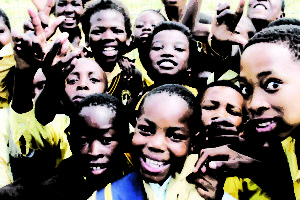 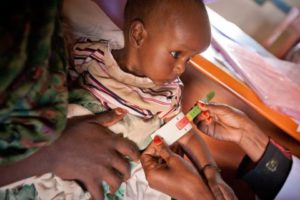